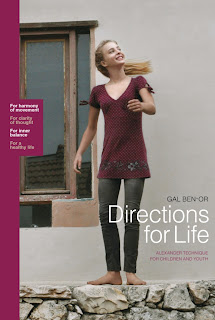 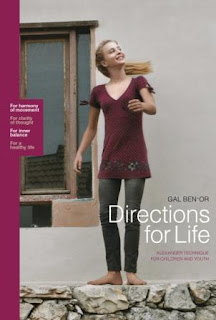 Directions for life -an e-book version in English

Dear reader
First, allow me to introduce myself. My name is Gal Ben-Or, I am 48 years old and I have been working as an Alexander teacher for the last 25 years. (For more details please look "the author").
Though the Alexander technique is a well known and respected technique in the field of alternative medicine for more than 100 years, not enough has been, unfortunately, done in the field of educating and treating young children.
In my practice, and through many years of experience, I have developed a unique approach to working with children. This approach allows a simple implication of the Alexander principles in the lives of children suffering from many different disabilities (such as Hypotonya , learning difficulties, attention deficit , many orthopedic problems like neck pain, back pain ,scoliosis, tendon inflammation , stuttering and breathing problems and more).I have applied my work in the field of education as well, allowing healthy  children to benefit from the Alexander principles  in the preventive sphere and so giving them conscience tools to deal with many of the modern life challenges.
In my book, "Directions for life" already self- published in Hebrew in Israel, and now available as an E-Book here on this Blog, I am describing many case studies showing the different possibilities of the hidden potential of the Alexander technique as well as the principles themselves and my unique approach. It is written in a simple language and is intended for the wide public and especially for parents as well as for professionals in the fields of education and medicine and Alexander teachers.
About the author
Gal Ben-Or- Born in 1963. He is married and the father of three children.
He graduated from the School for Teachers of the Alexander Technique directed by Shmuel Nelkin in Jerusalem.
He was certified as a teacher of the Alexander Technique in 1987.
As a senior teacher of the Alexander Technique, he has developed a unique approach to teaching children, adolescents and parents, according to the principles of the Alexander Technique.
1998-2002 – founder and director of the Mishal Association, established in April 1998 by the parents of children who had been helped by the Alexander Technique
2001-2006 – member of the team of professional care-givers at a boarding school for youth at risk.
He has taught the Alexander Technique at the ’Y’dida’ home for adults with light to medium retardations, at the ‘Hatana’ Special Education school in Jerusalem, at ‘Alyn’ hospital , in the Jerusalem Municipal kindergarten ‘Hasataf' and   at the ‘Kesem’ school.
2004-2006 –Chairman, Association of Teachers of the Alexander Technique, Israel
2008 –Chairman, Council of Alternative Health Professions, in Israel.
2011- Published his book "Directions for life" in Israel
Present:   director of a course certifying teachers of the Alexander Technique. Riding instructor at ‘Nataf’ Farm.  Maintains private clinics in Jerusalem and Tel Aviv, working with adults and children. Gives lectures and workshops on the Alexander Technique and his work.
פורסם על ידי Gal Ben-Or ב- 5:25 אין תגובות: 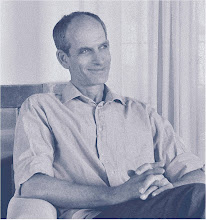 The main purpose of the book is to bring awareness to the wide public and especially parents the many various possibilities of the Alexander technique in the fields of child education and treatment. It is written in a simple language (edited by Etty Sahar) accompanied with beautiful pictures (photographer Nino Herman, graphic editor Yael Kotler Kalderon) and clear explanations. There are many case studies of children and youth that learned the Technique and how they benefitted from it 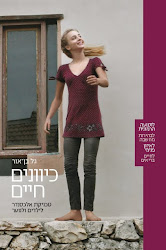